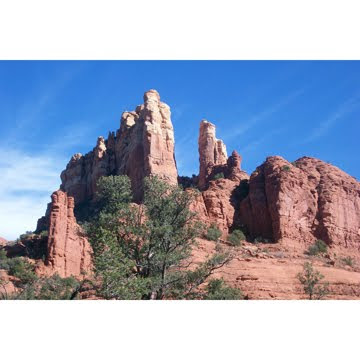 Each Thanksgiving Fox and I make a pilgrimage to Sedona - the land of Redrocks and Polar Fleece. We use a timeshare that belongs our friends Dr. Alan Rothblatt and Dr. Sima Kahn who are both gynecological surgeons. Alan is the one who removed 24 of my fibroid tumors over a year ago. There's something poetic about that but I just can't quite put my finger on it.

As you can see from the picture above, the views are breathtaking. It's hard to take a bad picture, unless of course it is something that starts off being bad - like the sign to our timeshare below. 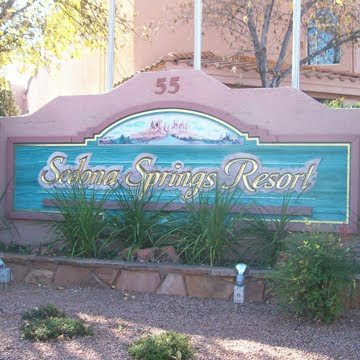 It's hard to pinpoint what makes this sign particularly awful but I feel most would agree it's the little painting of the mountains really takes it over the top. Surprisingly, most of the signage in Sedona is awful - not artful as you might expect. There is liberal use of turquoise and Kokopelli, use I feel should be outlawed. However, this is countered by strict regulations and ordinances. For example, there is very limited lighting permitted at night - so it gets really, really dark. As I see it you get two benefits from this: you can see stars you've only read about and you thankfully can't see the signs. This makes navigation challenging if you're from any major city where you're used to it being bright night and day, large billboards, flashing neon and someone dressed in a banana suit twirling a sign - all in the name of marketing, for the purpose of guiding you to your destination but as usual I digress.

Another surprising thing about Sedona is the scarcity of fine dining. There are a few nice restaurants - but much less than you would think. This is why I believe a Javelina took a bite out of the center of this cactus. 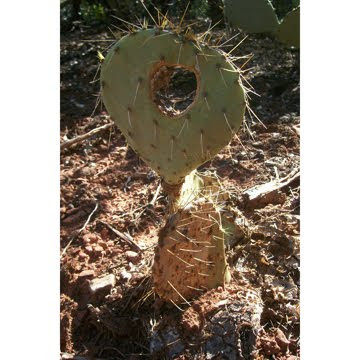 Isn't this cool? I love guessing what happened to the plants when we're out hiking.

Fox and I take a 3 - 4 hour hike each day we're in Sedona and this year the weather was perfect. Not too hot, not too cold--although because it is a desert it gets cold shockingly quickly. Once the sun goes down you want to be off the trail as it becomes pitch black and I mean pitch black. Not, there is a glow from the city and a street lamp (because these are no street lamps at the trails) and I can kind of see and poke my way around. No. It's like, you're absolutely going to get lost probably by walking down a wash that looks like a trail, trip on a cactus, fall on it and then end up being dinner for a Javelina--or freezing to death because you didn't wear enough layers of Polar Fleece.

Here we are. I would have included more pictures but I am ashamed because we were gross and pretty much wore the same thing everyday. This became somewhat unpleasant on our sixth day.

We're wearing hats in honor of our Dermatologist Dr Alex Khadavi. He'd probably be pleased to know there were lots more hats on the trails in general this year. I think it's because people are becoming more aware of the perils of sun damage. 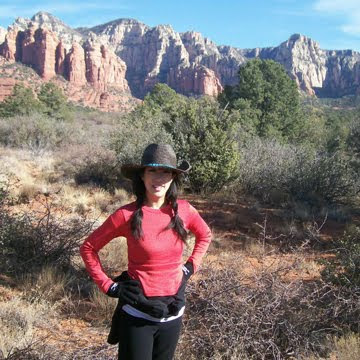 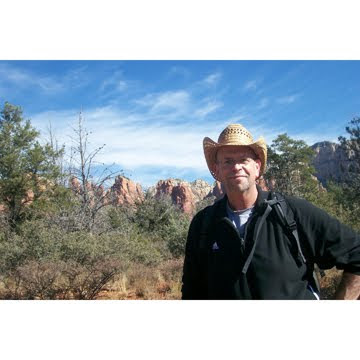 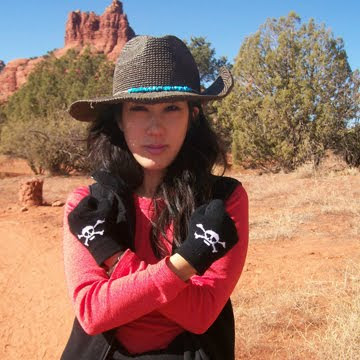 These are my favorite gloves. I like to wear them
because I think if people see me hiking with them on
they know not to mess with me. And why, yes this is another day
even though I am wearing the same clothes. 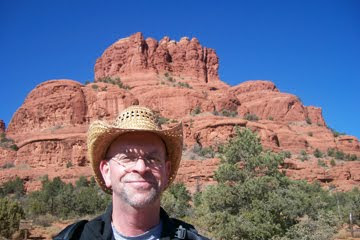 Here's Fox again. Happier because he's not shaving. And yes, this
is another day and yes he's wearing the same clothes again too.
The mountains have an obvious beauty but in the last few trips I have gotten really fascinated by how tortured the plants are - trying to grow in such a harsh environment. 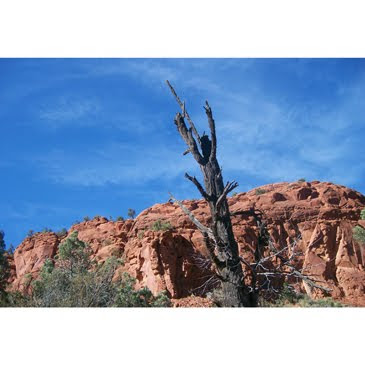 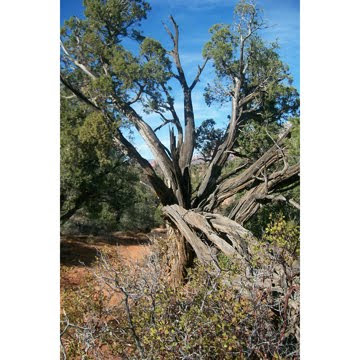 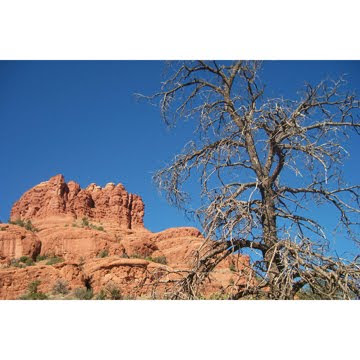 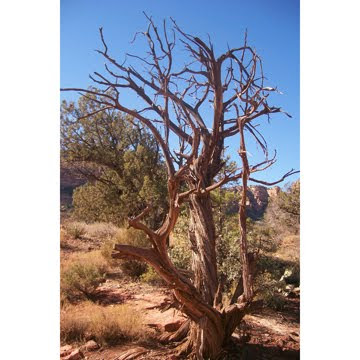 Of course, nothing would be more predictable for humans than to try to improve on nature itself. 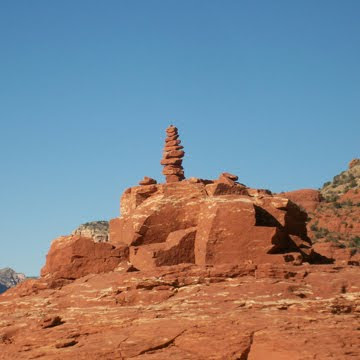 Troubling Shape
This is a small knoll near Bell Rock, a well-known vortex.
It's like a mini Bell Rock.

I love to make these piles - lots of people do. You see them all over the trails. I call them "troubling shapes" but some call them cairns and others maize. Last year, there were a bunch of people that were in a circle around this rock table and they had crystals and amulets in the center. We said hello but they didn't answer us which makes me believe they were really aliens, charging their crystals for their mother ship - similar to the movie District 9. 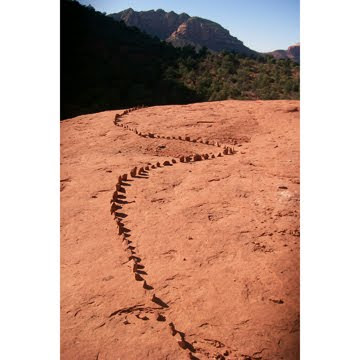 The seed of this idea started with someone who left one stone on it's edge that Fox noted was the perfect shape for Iowa. I decided to make a long undulating (I've always wanted to use that word in a sentence) row of them. Although the concept that one stone was shaped like Iowa got lost in this new incarnation, I think it still ended up looking kind of cool.
Posted by Lynn Chang at 10:11 PM No comments: